Can I Eat Teppanyaki When I’m Pregnant? Yes, just watch out for these

Women become physically sensitive when they get pregnant, because of the many hormonal imbalances that occur in their body.

For this reason, they themselves need to be extra careful when going about their daily routines and they should also allow their husbands and relatives (i.e. mother, sisters, brothers, cousins, etc.) to give them as much care and attention as possible. 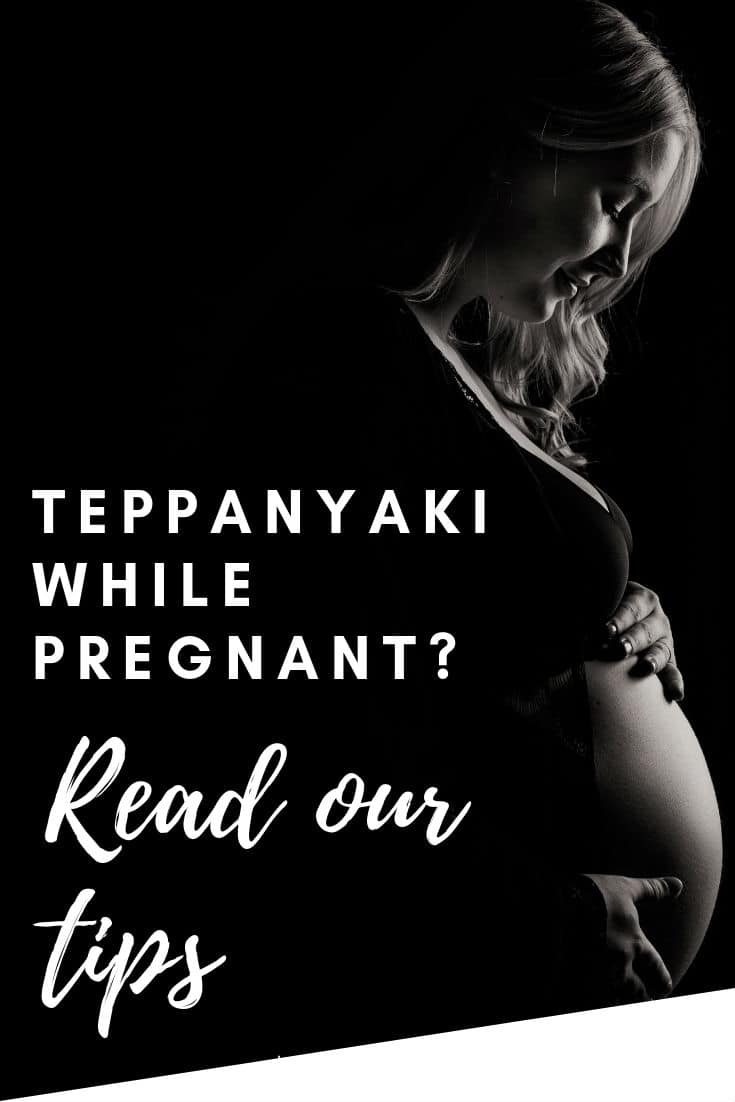 Aside from that, some heavy and strenuous physical activities should no longer be done even just at the second trimester as the baby could suffer critical health problems if the mother will get over fatigued – and they do easily get stressed out during these times.

The food they consume will also be taken into consideration and be prepared meticulously, because some may cause complications to their health in general. Remember when I said that they undergo hormonal imbalance during pregnancy earlier?

Well, that’s basically the reason for all the special care that expecting women should consider because they share a symbiotic relationship with their baby at this stage and what happens to one will have diverse effects on the other.

This has raised some important questions for some women who are considering having a baby or are already pregnant about their diet, specifically about whether or not it is okay for them to eat teppanyaki recipes.

Also read: can I eat okonomiyaki when pregnant?

While it is important for expecting mothers to have the best nutrition all throughout their pregnancy in order to give birth to a healthy child, there are some foods that they should stay away from.

Some foods have high concentrations of elements and chemicals that will not only harm the mother but the fetus inside of her as well.

Here are some banned foods for pregnant women you might find at your local Teppanyaki restaurant:

Fish and shellfish concentrate mercury in their bodies, often in the form of methylmercury, a highly toxic organic compound of mercury. The shark, tuna, tilefish, marlin, king mackerel, and swordfish have higher concentrations of mercury compared to other fish, because of bioaccumulation.

Also read: Did you know all of these 12 types of Japanese food?

Can I eat fried Calamari while breast feeding?

Calamari, like many other fish, contain high levels of mercury and are therefore not advisable to eat while breast feeding. You could pass the mercury along to your child through the mother’s milk. Don’ t eat more than 8 to 12 ounces of fish and stick to those containing little mercury like salmon, pollock, shrimp, catfish and even canned tuna.

Bioaccumulation means that the predatory fish (usually are also the kinds that live the longest) accumulate methylmercury in their bodies over long periods of time from the prey they feed on. According to the EPA (Environmental Protection Agency) of the United States the effects of mercury on humans are as follows:

Feeling pain like “pins and needles” in their hands, feet and around the mouth

On the other hand, you can include cod, trout, tilapia, catfish, salmon, and shellfish are considered low-mercury fish and are safe for consumption. They have omega-3 fatty acids, vitamin B12, zinc, protein and DHA which is good for both the mother and the baby.

BUT you need to limit your consumption of ACCEPTED seafood to no more than 350ml per week.

Ham, turkey, bologna, hot dogs and other deli meat should be stricken off of your menu if you’re having a baby. The reason for this is because these meats are known to contain a bacteria called listeria, which can survive in the freezer even at -40° Celsius.

These things can travel through your bloodstream and might cause harm to the baby. So it would be best to avoid it altogether.

According to Sarah Krieger, MPH, RDN, spokesperson for the Academy of Nutrition and Dietetics unpasteurized cheese may also contain listeria, so avoid it if possible. Bleu cheese, camembert, mozzarella, brie, and some Mexican cheeses should be on your list of “no-no’s.”

Swiss or cheddar cheese is good though.

Unfortunately, despite bean sprouts being a delicious addition to some of the best teppanyaki recipes, you have to avoid them during your pregnancy. Bean sprouts are one of those raw vegetables that are cultivated in a pool of water, which may contain bacteria such as salmonella, listeria and E. coli.

If you ever plan to bake a cake or cookie, do not sample raw dough or batter as they too might have bacteria in them. Eat the cake or the cookie instead.

Raw squeezed juice or farm fresh juice should only be ingested within two hours after they’ve been squeezed. If you drink these fresh fruits extracts after that, then you risk drinking some bacteria along with it. Drink fruit juices that are labeled safe by the FDA only.

Caffeine is known to stimulate or directly cause anxiety, insomnia and high blood pressure among other negative health side effects, therefore pregnant women should avoid it as much as possible. Health experts recommend to only drink coffee in small amounts and preferably not daily also.

Decaffeinated coffee may serve as a substitute if you really crave for it but again drink it moderately just to be on the safe side.

The health benefits of tea are not the issue here, rather it is the lack of clinical studies on herbal tea and pregnancy is. Green tea, chamomile, lemon verbena, and mint are okay to drink while you’re pregnant, but just like a coffee drink it in moderation.

Here are 10 benefits of green tea as an example; while these are all fantastic health benefits there are no peer-reviewed journals out there making the case of its health benefits to a fetus in the woman’s womb. You have to understand that infants do not develop in the same way as adults do, so since we really have no concrete idea on how it will affect the baby, then I suggest you do not take it in excess.

As far as the health experts are concerned with eating teppanyaki while you’re pregnant is perfectly fine, although you may have to limit teppanyaki recipes with seafood or bean sprouts in them.

Other than that they should be all fine for you to consume and teppanyaki recipes are essentially healthy dishes, so there’s nothing to worry about.

Still, knowing that you’re in a quite sensitive state and your primary concern is your health and your baby’s health, it may be best to not eat excessively.